Through the Decades: Men’s Ties

April kicks off Men’s Fashion Month here at Most Everything Vintage! This week, we will be focusing on the various types of men’s ties. 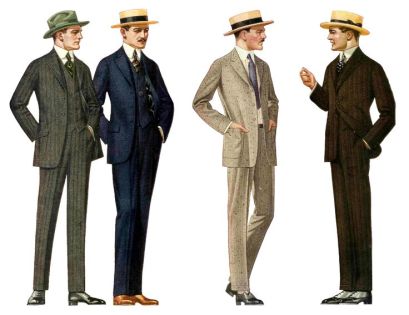 Before we begin, one major thing that you may notice often with vintage ties especially, is the shortness in length. Generally, there are 3 main reasons why vintage ties might be short. One is that people were smaller back in time. Also, high-rise trousers were in fashion throughout many decades and, in response, ties were shorter to hit above the belt. Ties adjusted to the changes of pants styles through the decades. Thirdly, ties were sometimes made shorter in order to go with the wider suit lapels and oversize shirt collars.

Believe it or not, the act of wearing ties began as far back as the 17th century. Back then, ties were more functional than fashionable. As time went on, ties became more fashion statements than anything. 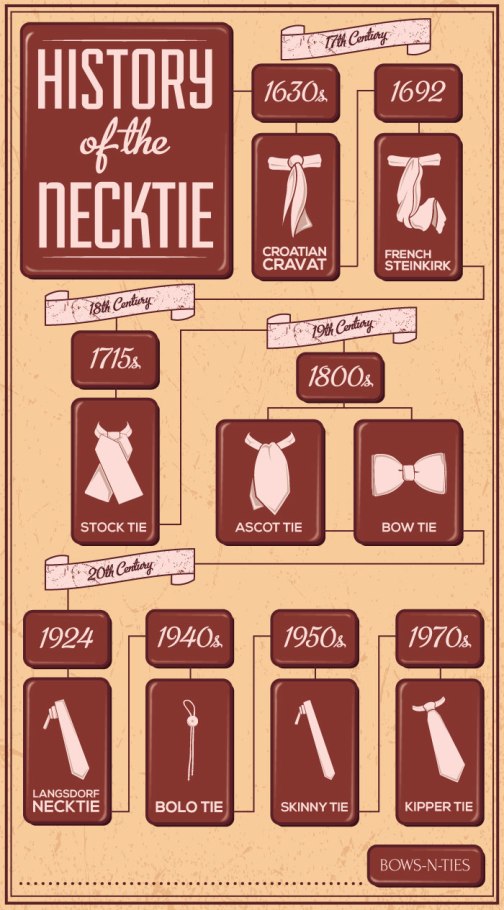 In the 1630’s, the first considered and developed tie was the Croatian Cravat, a piece of cloth used to hold uniforms together. Shortly after, in 1692, the French Steinkirk was established. Following in the Cravat’s footsteps, the Steinkirk was a type of Cravat created using a white strip of fabric typically decorated with lace. The name stems from the large population of French Soldiers who proudly wore this type of tie at the Battle of Steinkirk during that year. 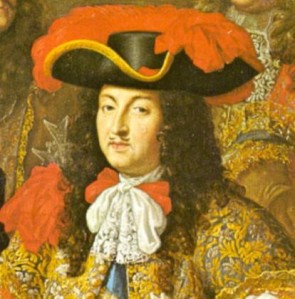 During the 18th century, the stock tie was invented. The stock is a type of tie worn around the neck of equestrians dressed for competitions. The stock tie led to the four-in-hand style of tying a tie that some still use today. The four-in-hand method developed from a British horseman in 1715 who used it to tie a scarf around his neck with one hand while holding the reins of 4 horses in his other hand. 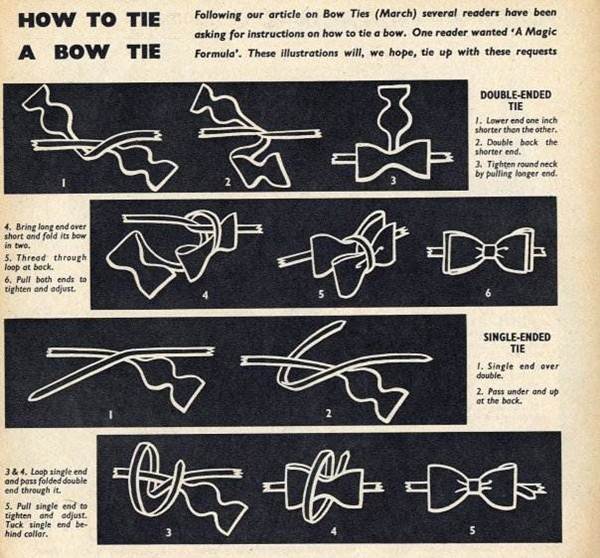 In 1924, the langsdorf necktie became popular. Jesse Langsdorf, a famous tie maker during that year, developed the tie by cutting fabric at a 45 degree angle which allowed the tie to drape evenly without twisting when being worn. Tie manufacturers today still create ties by using this same method. 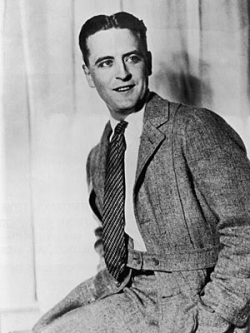 By the 1940s, the iconic and western-style bolo tie was created. Braided leather fastened with a decorative clip is what makes up the bolo tie. When silversmith Victor Cederstape was riding a horse and the wind kept blowing off his cowboy hat. He became worried that he’d lose expensive silver band that decorated the hat. In response, he improvised by taking it off and wearing it around his neck. Fast forward to 1971 and the bolo tie became the official neck wear for Arizona.

With the 1950s and 60s brought the skinny tie. The skinny tie was designed to compliment more form fitting and tailored clothes of the time period. Knitted ties also became popular.

In the 1970’s, what is known as the Kipper Tie was designed. Known for being the widest of all styles of ties, some are even known to be as wide as 6 inches. The ’80s kept Kipper Ties in fashion alongside skinny ties.

By the 1990’s, neckties became more uniform in length and bold paisley colors and patterns became popular. Today, ties are being created in various styles that often replicate or match ones from vintage eras.

At Most Everything Vintage, we have plenty of shelves full of vintage neckties, bow ties, bolo ties, you name it! We even have handmade bow ties made by Alisa, our store owner, that are made using the material from various vintage pieces. Come check us out today!