Our big annual event Mad About Plaid is right around the corner — August 19th, to be exact — and in preparation for the event we will be covering different types of fall fabrics and their history. It’s hard to think about fall in the middle of July but we here at the store cannot help but fantasize about cooler days, falling leaves, tweeds, plaids and all the wonderful fabrics they come in.
To start our countdown to the event we are starting off with a wardrobe staple, cashmere.

Cashmere is a fabric collected from cashmere goats and other breeds of goats, originating in the northern hemisphere of India. It is actually finer, stronger, more insulating and softer than regular sheeps wool. These cashmere goats produce a double coat, where they have a soft undercoat, mixed with their coarser outer coat consisting of hair. For this finer softer coat to be sold, it must be de-haired before it’s converted into fabric textiles or yarn. 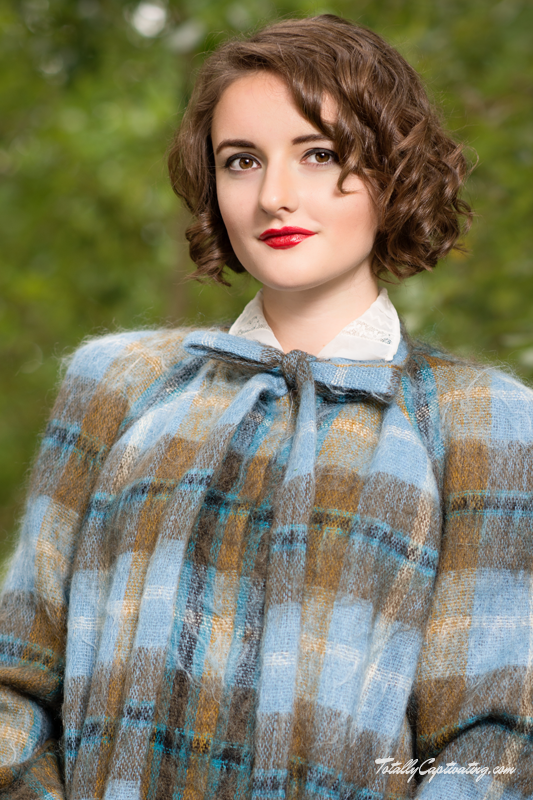 The fabric has been used for thousands of years in Kashmir, Mongolia and Nepal, evidence for it being found as far back as the 3rd century BC and the 11th century AD. The trade of wool down was controlled by treaties from pervious wars. Cashmere was introduced to western society through the the French (occupying Egypt in the late 18th, early 19th century), who sent cashmere shawls to Paris. There was an immediate need to create cashmere shawls production in France. Valerie Audresset SA of France began trading raw cashmere between Asia and Europe. The French eventually purchased cashmere goats from Persia and began breeding them within the country and in England though small farmers willing to experiment with the new goat breeds (as this breed of goat had not been exposed to these areas before and could very well not acclimate to the climate).

Into the 19th century the British had a large industry with cashmere shawls with wool down from Tartary and Tibet. As the mid 19th century rolled around, weaving with French produced cashmere yarn became a profitable and important industry in Scotland. By 1890, Dawson International invented the first commercial method for de-hairing but were limited on where they could obtain their wool down from. By the 70’s these restrictions lifted and the company was able to obtain wool down from more areas. Austrian company Bernhard Altmann is credited with bringing mass quantities of cashmere to the United States beginning in the late 40’s.
Currently China is the worlds largest cashmere manufacturer, with the Middle East and Western Asia following.

Pure cashmere (free of animal grease, coarse hairs, dirt and other contaminates) can be spun into wool, dyed, knitted, woven into fabric and later cut to create garments; Scotland, Italy and Japan being the leaders in product production.

Cashmere has been known to be an expensive and luxurious fabric as well as a classic fiber for timeless fashion. With it’s light weight, and softness, it is oftentimes more appealing that rougher and heavier wools, making it perfect for fall and winter here in the Pacific Northwest. Keep an eye out for more news about our Mad About Plaid event in August so you don’t miss out on any wonderful cashmere in store.