A little Elf magic for Christmas

With the Santacon event (Downtown Vancouver get-together for Santa’s, elf’s and anything Christmas) coming up, I thought it would be fun to make some traditional and not so traditional Santa and Elf hats. Our apartment has become the North Pole and my floor looks like a snow and scrap storm just came in! This project has been so much fun and customers have enjoyed trying them on. I have been sewing and glueing mornings and evenings and will even do some stitching while down at the shop. I have made about 18 with 2 more custom crazy hats to go.

Every hat is a little different. They all have character which comes from using vintage sweaters, dresses, pants, wool shirts and trimming. I grew up with my mother being an amazing seamstress. One of her many talents. She sewed most of my clothes up into High School. More times than not, there would be a pin sewn somewhere within the garment which would later be painfully discovered as you sat down or moved a certain way. I had to laugh at myself this morning as I tried one of my newly created hats on, only to discover a pin sewn in the band. Like mother, like daughter!

Since we are a part of Santacon, Saturday December 15th, we will be open until 8pm. Perfect night for some late Christmas shopping. I will have the spiced, apple~cranberry cider brewing for you. 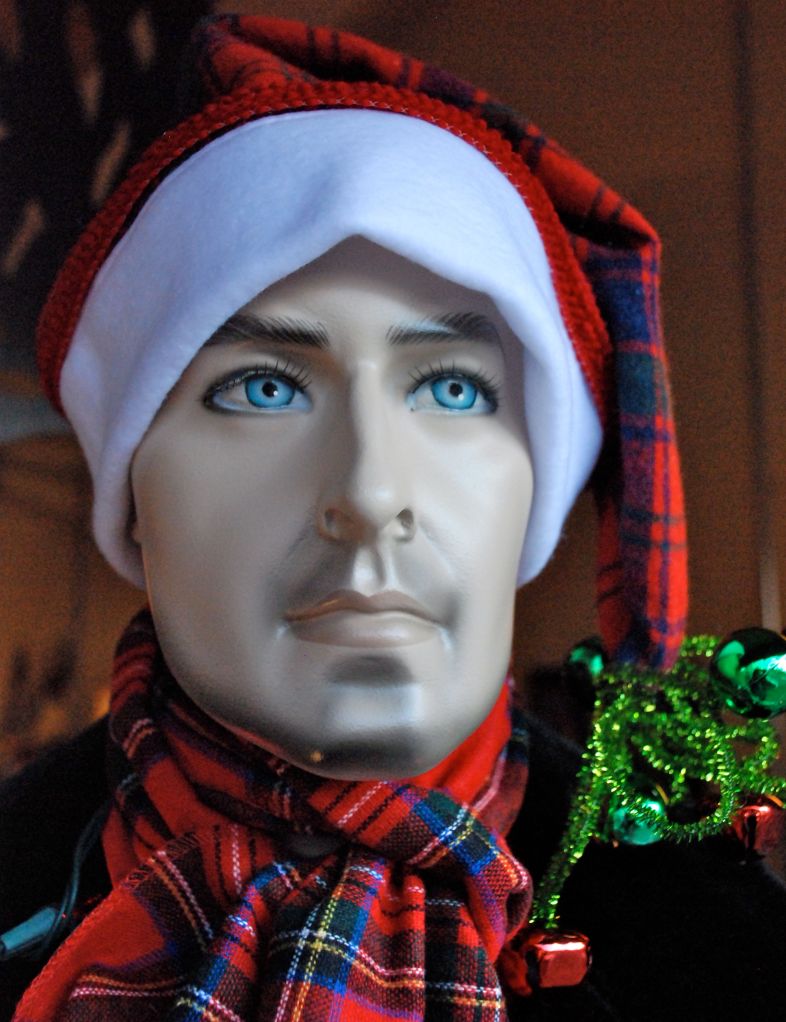 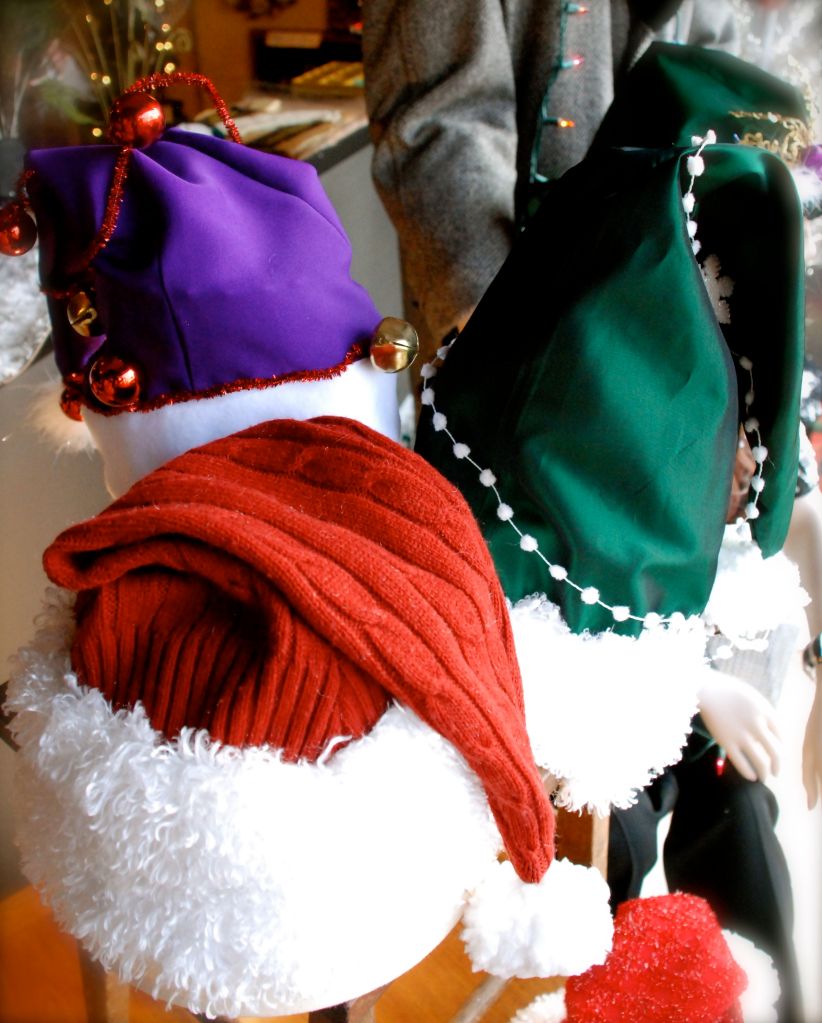